This site uses cookies to provide you with a personalized experience for your visit. These cookies allow computers to be identified but are not related to a person. If you wish to use our website in full functionality, please accept the cookies. 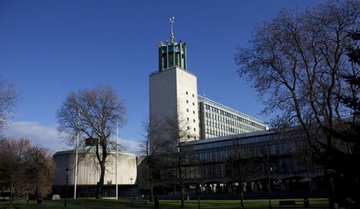 Newcastle Civic Centre is a local government building and it is the main administrative and ceremonial centre for Newcastle City Council. The building was completed in 1967 and was formally opened by HM King Olav V of Norway on 14 November 1968, it is classed as a Grade II* listed building.

A 45 million pound refurbishment of the civic centre commenced in 2015 and is expected to be completed in early 2019. Part of the plan was to transform several floors of the building into modern work spaces and to upgrade the heating and cooling system to incorporate modern energy efficient standards and products.

HERZ in the project: